When I think about Christmas’s spent in Nigeria, I remember fondly the Christmas play which was performed every year. When the angel visited the shepherds, they fell down and shook violently which put new meaning to the line from Silent Night – shepherds quake at the sight.

This year I also found myself taking a look at how the shepherds responded to the message from the angels.

First, the shepherds were in the fields, doing what they did every night; watching over their sheep. But that night they had a surprise visit from an angel. When the angel spoke, they listened to the message and identified the important aspects of it. NIV Luke 2:10-12”…I bring you good news of great joy that will be for all the people. Today in the town of David a Savior has been born to you; he is Christ the Lord.  This will be a sign to you: You will find a baby wrapped in cloths and lying in a manger.”

Second, after hearing and identifying the message they chose to verify it for themselves. v 15-16 When the angels had left them and gone into heaven, the shepherds said to one another, “Let’s go to Bethlehem and see this thing that has happened, which the Lord has told us about.” So they hurried off and found Mary and Joseph, and the baby, who was lying in the manger.

Third, after verifying that the message was true, the shepherds gave their testimony to everyone they came in contact with. v 17-18 When they had seen him, they spread the word concerning what had been told them about this child, and all who heard it were amazed at what the shepherds said to them.

Fourth, after testifying and telling others, they went back to their jobs giving the glory to God for all they had seen and heard. v 20 The shepherds returned, glorifying and praising God for all the things they had heard and seen, which were just as they had been told.

So this year as we hear the familiar Christmas story let us think of responding like the shepherds. We can do this by: Identifying the message, Verifying the truth of the message, Testifying about the message (tell others), and Glorifying and Praising God for the message. 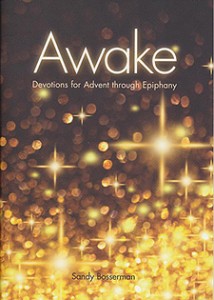 
Question for reflection:
The angel described the child Jesus as Savior, Messiah (or the Christ), and Lord. What would these descriptions have meant for poor Jewish shepherds living in a country occupied by the Roman Empire? What do these descriptions mean for us? What makes the angel’s announcement good news?

Prayer for the day:
Glorious God, a child carries your revelation bringing salvation to all. Glory to God in the highest! Let the earth declare God’s amazing work. Amen.

Congregational Life Ministries of the Church of the Brethren is offering these simple prayers and questions in connection to this year’s Advent Devotional written by Sandy Bosserman, a former district executive and ordained minister in the Church of the Brethren. (Available from Brethren Press in print and E-Book formats). Join us as we look and listen for the coming of the Word through the reading of scripture, Sandy’s reflections, times of prayer, and conversations on this blog.