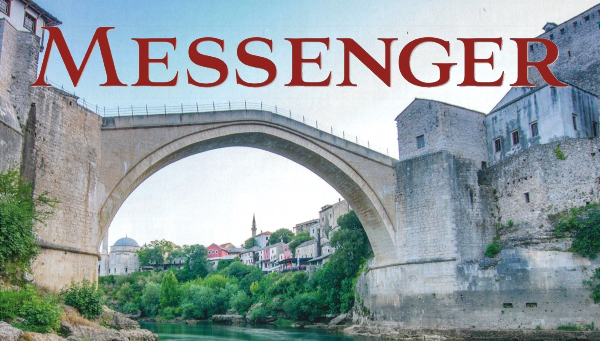 In an essay about lost gloves, Chicago Tribune columnist Mary Schmich passes along the story of a woman who exited a train car and discovered that she had only one of her gloves. Just before the doors closed behind her, she tossed it back inside. “Better someone had two, if not her,” the storyteller recounted.

I know I couldn’t have acted so quickly, and I’m not sure that my first impulse would have been so generous. But with little hesitation, the woman leaving the train shifted from thinking of herself to thinking of someone else, from regretting the lost glove to giving her pair to another traveler. How does one learn to let go so easily?

There are people who give something up for Lent, but this month I’m thinking more about letting go. These are different, but not completely. Giving something up is about sacrifice; letting go is about freedom. Both clear space for what matters. Both can provide spiritual focus.

What shall we let go of?

That’s a lot of letting go, but if we keep practicing it will become easier—even second nature. When the doors are closing, we can turn losses into something good. We can be the stories that are passed along to others, who happily hold them as warm gifts in cold hands.

This reflection was originally featured in the March issue of Messenger magazine. Learn more or subscribe to Messenger today at www.brethren.org/messenger.

(Read this issue of eBrethren.)