“In recent years there has been a re-emergence of Klan-like hate groups and increases in racially motivated violence around the country.”

–Report of Committee on Brethren and black Americans, 1991 Annual Conference

The horrific violence at the Emanuel African Methodist Episcopal Church in 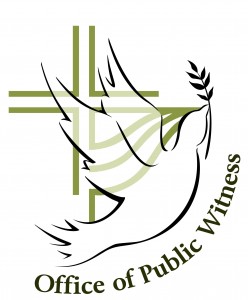 Charleston, South Carolina is not an isolated incident. As Jelani Cobb states in his recent New Yorker article, “Even if [Dylann Roof] acted by himself, he was not alone” and the recent burning of 6 predominantly black churches underscores the systemic violence and racism that our black brothers and sisters have always faced in America. Burning of black churches has been an ongoing practice since the Civil War intended to terrorize black communities and leaders.

When black lives and churches are faced with an increased danger, they often feel isolated from the wider, whiter community. While our denomination is predominately white, we are still called to stand in faith and solidarity with all our brothers and sisters in Christ –especially those who persecuted. In response to the shootings at Emanuel AME Church, General Secretary Stan Noffsinger and Director of Intercultural Ministries Gimbiya Kettering sent a letter of condolence and support on behalf of our denomination. We must, as Stan and Gimbiya emphasized in their letter, ask our black sisters and brothers what they would have us do and how we can best stand with them. One way to do this right now is to contact black churches in your community –and let them know that they are not alone.

Crucially, we must also commit ourselves to the task of deconstructing and destroying the racism that lies within ourselves and our church. Our 1991 statement reminds us of the weight and importance of this task saying, “Because racism is built into our way of life, it is extremely difficult to unmask it and honestly face the radical changes that need to be made in ourselves and our institutions if it is to be eradicated.” If we are unwilling to commit ourselves to these tasks then we dishonor the gospel of Jesus and forsake our black brothers and sisters. Paul reminds us in the second chapter of Ephesians that Christ has brought down the dividing wall and destroyed the hostility that once existed between peoples. Thus, any hostility, racism, or violence towards one another is of our own doing and blatantly disregards the reconciling work Christ has done for us all.

It is more important than ever that we call out this racism and violence for the sin that it is, respond to the voices of our black sisters and brothers, join them in solidarity, and live out lives of faith and justice that repudiate racism and follow in the footsteps of our Lord Jesus Christ.

*Consider Donating to the National Council of Churches “Burned Churches Fund” to support these churches that have faced this recent violence:  http://nationalcouncilofchurches.us/pages/burned-churches-fund

**If interested in further reflection, the text of Nathan’s sermon given at Washington City Church of the Brethren on this recent violence can be found here: http://washingtoncitycob.org/2015/06/28/there-may-yet-be-hope-a-reflection-on-the-charleston-massacre/