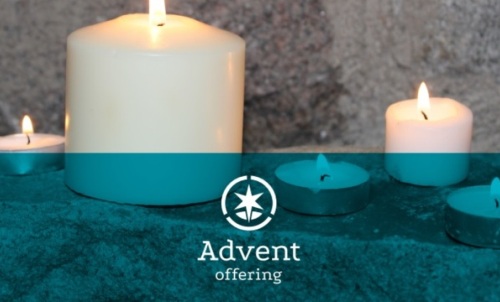 Find worship resources for this year’s Advent Offering at www.brethren.org/adventoffering .

An excerpt from a biblical exegesis for Luke 1:46-49 written by Josh Brockway for the 2015 Advent Offering on December 13.

At such a young age, Mary was mature beyond her years. Preparing to be married, Mary was approached by an angel. And like most heavenly messengers, the greeting was simple: “Don’t be afraid.” Whenever those words are spoken, there is plenty to fear. Yet, the young girl listened. She would bear a son, and not just any son, but the Son of God.

Two aspects of this announcement were cause for fear. First, Mary was only engaged. To be pregnant before marriage would be cause for social punishment. Second, this baby would be the son of the Most High—the awaited Messiah of Israel. For generations, Israel had been as strangers in their own land and were ruled by other nations. The coming of the Messiah would mean the releasing of captives, which included the salvation of Israel (Isaiah 61:1-2). What a privilege and responsibility to be called to be the mother of the promised savior. It doesn’t take much to imagine the tone of her voice, concern woven through her words, “How can this be!”

The angel assured Mary how this miracle would come to pass. Whether she was resigned to the events or comforted by the angel’s words, she accepted the news. “Here I am the servant of the Lord.” We don’t know how Mary lived into the realities of the angel’s news. Surely she endured sleepless nights, confrontations with her family and future husband, and whispers of people as she grew more visibly pregnant. Anguish must have flooded over Mary as she lived into the implications of her words of acceptance.

That makes her song, uttered in the presence of her cousin Elizabeth whose own words of prophecy confirmed the message of the angel, all the more profound. Reminded of the miracle growing in her womb, Mary began with words that echo throughout the history of Christianity. “My soul magnifies the Lord, and my spirit rejoices in God my Savior.” Rather than living in the social shame of being an unwed mother, Mary trusted in the great promises of God at work literally within her.

Mary’s song echoed the words and confidence of Hannah, whose song proclaimed the great work of God after the birth of her son Samuel (1 Samuel 2:1-10). Mary identified with Hannah, whose own lowly state was raised up in the birth of another promised son, across the centuries. What God started long ago was continuing, and would stretch into the future. A close reading of Mary’s song reveals that actions were recounted in the past tense. God “has shown strength” and “has scattered the proud.” God “has brought down the powerful from their thrones, and lifted the lowly.” Mary’s confident proclamation was as much foretelling of Jesus’ ministry as it was an accounting of God’s previous actions. The Lord has done, and continues to do, great things.