“For I know the plans I have for you” declares the Lord, “plans to prosper you and not to harm you, plans to give you hope and a future.”

This was my favorite Bible verse as a child. There is something inherently comforting in the words, especially for a small child with an unknown future. But as I repeated these words to myself, I always thought that this promise from God was kind of vague. “Plans to give you hope and a future”—but what kind of future? “Plans to prosper you and not to harm you”—but prosper me how?

Last May I graduated from Juniata College where I had been actively involved in campus ministry. My senior year I was the president of the Christian ministry board on campus, and because of this role, had been asked to speak at our baccalaureate service the night before graduation. The verse Jeremiah 29:11 was the scripture that was chosen for this service, and as graduating seniors getting ready to move into an unfamiliar and unknown future, I felt that it was an appropriate message with which to send us off into the world. The promise of prosperity and a future is what all of us were seeking as we left Juniata.

As I prepared a few words to share with my graduating class I reflected on my favorite childhood scripture one more time, but again, as I read these words, I wanted to know more. What do I need to do to prosper? It turns out the answer to this question comes a few verses earlier. Verse 7 says: “Seek the peace and prosperity of the city to which I have carried you into exile. Pray to the lord for it, because if it prospers, you too will prosper.”

Growing up, service was a big part of my life and it continued to be important during my time at Juniata. It was fairly easy to be involved with service activities. From spring break service trips, to events such as Science Olympiad, Relay For Life and Special Olympics, Juniata provided opportunities to contribute not only to the prosperity of the surrounding community, but the school also encouraged us to reach out to our world. Leaving Juniata I knew I would need to make an effort to continue making service a part of my life when opportunities were not as readily available right outside my door.

BVS seemed like a perfect fit, and I’ve felt so blessed to be part of the workcamp team where I’ve had the opportunity to plan service trips for youth around the country. From working on farms, to serving in soup kitchens, to spending time with senior citizens and working with the intellectually disabled, I feel confident that during these weeks we will be contributing to the prosperity of others, and that we will be nourishing our own journey with God and creating lasting friendships. In our service to others, we will also prosper.

In the past year or so, I’ve begun to recognize that prosperity not only comes from direct acts of organized service, but also from more subtle acts of compassion and from responding to causes you believe to be important. Regardless of religion, ethnicity, gender, or any other identity used to discriminate and set people apart from one another, we are all human, and we all have a responsibility to one another. We are all being called to fight against human suffering, to produce love in the face of adversity and to bring fortune to those around us.

In light of the recent events in Baltimore, Jeremiah 7 has been running through my head. I was born in the suburbs of Baltimore and lived there until I went to college. Although I spent most of my time in the suburbs, with only infrequent trips downtown, I do consider Baltimore to be my home. I have family who live near the areas being destroyed and I recognize the names of businesses and streets where the destruction was occurring last week. My personal connections to Baltimore play only a small part in influencing my feelings regarding what happened. It would be heartbreaking to watch any city in our country or our world be devastated and torn apart by violent acts.

As someone who is not a part of a racial, ethnic, or socioeconomic minority I cannot pretend to understand the feelings of the protestors and I cannot pass judgment or pretend to believe that I may not have been tempted to act out in similar ways if I were in their situation. The reactions we were seeing in Baltimore were not just stemmed from feelings of anger towards the incident with Freddie Grey’s death. The problems facing Baltimore are rooted in decades of injustice, discrimination and police brutality. I fully support the right to be heard, and recognize that rioting is an avenue many have taken to achieve this purpose. A Time article recently addressed this exact point and quoted Martin Luther King JR as saying

It was however, distressing to watch the continual and systematic destruction of a place so many call home. Protesters were setting fire to their own homes, neighborhoods, places of business, of education, of worship, of recreation.

It’s a shame that the violent acts of destruction are the ones that receive attention. There were a significant number of peaceful protests on the streets as well, but the media had not allowed those protests to represent the voices of the discouraged. Alongside stories of peaceful protests, it has also been encouraging to hear about the actions those have taken to clean up the city and restore what has been lost. Posts on my Facebook news feed switched back and forth between status’ revealing opinions on the matter, and posts listing information regarding times and locations of clean-up activities, urgently calling volunteers to help for an hour or two. My pastor from my church at home posted a Google doc listing where help was needed, contact information and supplies requested. It was encouraging to see our communities come together in response to the recent events. Another beacon of hope last week came from an unexpected gathering of clergy and gang members who stood side by side to end the violence. Gangs who were notorious enemies came together to protect their community. These are the stories that should be flooding the media, these are the stories that inspire hope and shed light in times of darkness. It’s good news such as this that helps to promote peace and prosperity.

In the fall of my senior year I took a class called “God, Evil and the Holocaust”. After spending the semester discussing the atrocity of the holocaust and the role of God during those years, we were asked to write a final paper in which we answered where we thought God was during the holocaust, and how this affects contemporary faith. Regardless of the answer to the first question, the class unanimously decided that the darkness of the holocaust demands us to take full accountability for the destruction we commit against one another and calls us into responsibility for resisting injustice and helping the victims of suffering. The holocaust demonstrates the power of darkness in our world and challenges us to learn from our past and actively resist allowing something similar to happen in the future. There is an organization called Charter for Compassion that has a charter that talks about this issue beautifully. The last part of the charter reads

“We urgently need to make compassion a clear, luminous and dynamic force in our polarized world. Rooted in a principled determination to transcend selfishness, compassion can break down political, dogmatic, ideological and religious boundaries. Born of our deep interdependence, compassion is essential to human relationships and to a fulfilled humanity. It is the path to enlightenment, and indispensable to the creation of a just economy and a peaceful global community.” 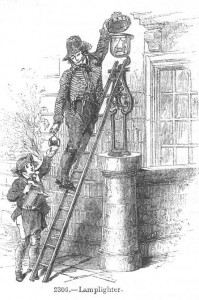 The call to compassion reminds me of a story I heard about the author Robert Lewis Stevenson. Robert Lewis Stevenson, best known for his adventure story, Treasure Island, was in poor health during much of his childhood and youth. One night his nurse found him with his nose pressed against the frosty pane of his bedroom window. “Child, come away from there. You’ll catch your death of cold,” she fussed. But young Robert wouldn’t budge. He sat, mesmerized, as he watched an old lamplighter slowly working his way through the black night, lighting each street lamp along his route. Pointing, Robert exclaimed, “See; look there; there’s a man poking holes in the darkness.” I love the image of light breaking through perfect darkness.

One of our workcamp daily themes is “imitating Christ’s humility as light” and we talk about carrying the light of Christ into the world. This summer I’m excited to witness acts that drive light into dark places and I hope to inspire youth to make service and compassion a luminous and dynamic force in our world. I know feel like I understand the meaning of Jeremiah 29:11. This is the future God has promised me and I know that through the work I am doing, I am also prospering.