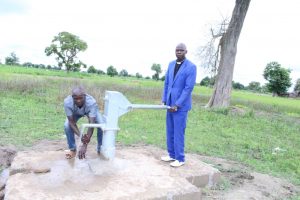 Chibok area received 2 new bore holes at Birgizu – The people in the area were so happy that the Village Chief and four people from the community traveled to EYN headquarters to convey their thanks. The delegation told the Disaster Ministry team that EYN has wiped their longtime tears for potable water and proved to them what it means to be Brethren. The area had struggled 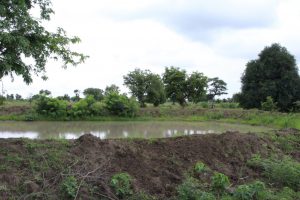 with different diseases because of the kind of water they had access to. Politicians left them with many promises, but it was the church that came through. They thanked the EYN Leadership, the Disaster Ministry and the donors (Church of the Brethren and Mission 21). To show their happiness they the presented the leadership with several liters of honey.

Advanced Trauma Training was planned for a group from 4 districts still occupied by the Boko Haram. Security issues forced them to hold the training in Yola instead of locally. This proved to be a welcome respite for the participants as they were able to get away from the volatile conditions for several days. The participants of the Advance Training were selected based on their performances during the Basic Training on Healing and Rebuilding of our Communities (HEROC). 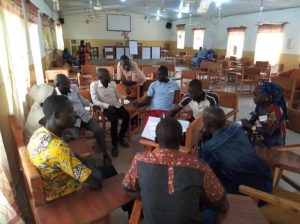 They will serve as the Listening Companions in their various communities and will work in collaboration with the EYN Peace Program to foster their work on Trauma healing in the selected areas and IDPs Camps.

Here are two impact stories from the training:

I am by a name Lydia; despite the Basic Workshop I had my heart was still heavy whenever I recall what happened to me during the insurgency of Boko Haram. But this training has completely healed my wound and I now forgive Boko Harams.

My name is James; this workshop has personally changed and touched my life in diverse ways. First and foremost, I discovered that my life is precious and more important than anything, so I should not play with it but rather to take care of it. This training helped me to see myself as someone who can help others to see their problems in a realistic way and accept that even after a traumatic event life must continue but never attempt to destroy their lives because of devastation. 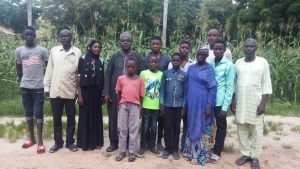 In addition, 15 children from the Garkida area were provided school fees; medical assistance and Hep B vaccinations were done at 3 locations; 5 homes were re-roofed in Lassa; and a food distribution was held at one of the relocation centers. 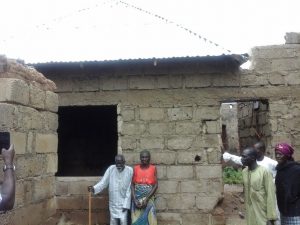