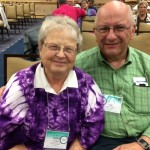 It was a very special Sunday called “Children’s Sunday”.  All the children’s classes prepare presentations and songs for the worship service.  Many parents were there who didn’t attend regularly.  It was also a combined service.  On an ordinary Sunday they have two worship services, one in Hausa (northern Nigeria’s market language) and one in Kamwe (the language of the local people), but on this special Sunday, they combined the two.  The church was full to overflowing. 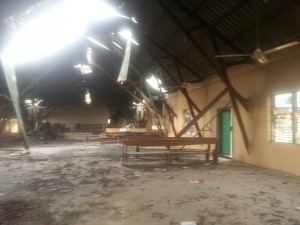 Everyone dispersed in a different direction.  Susan ran into the bush.  After some time she decided to go back home.  She found her daughter Rose and Rose joined her.  She also discovered that her husband had taken one car.  Her two mother-in-laws were also there.  Susan’s husband Mark had a Muslim father who had two wives.  Her mother-in-laws both have infirmities.  One can see but not walk while the other can walk but her vision is seriously unpaired.  They are a team.  They help each other.

Shortly after Susan arrived home, they heard some of the BH banging on the front door.  Susan and her daughter Rose, ran out the back door leaving her mother-in-laws at home.  They jumped the back fence and ran into the bush.  They walked to the next village where they found her husband Mark with their car.  He had also driven through the bush to get there.  He drove through corn rows.  They picked up an old woman who stated that the car was now her home and she wouldn’t leave it.  A local family gave them food.  They spent the night in the car.

In the morning they picked up others who had fled BH.  One woman was very distraught.  She had gone to church in the morning leaving her baby and two older children at home.  When she ran from the church she did not know what had happened to her children.  They ended up with 11 people and 3 babies in a car whose maximum is 7.  They drove to the river crossing.  The river was swollen with the rains and the car could not drive through it.  They had to abandon the car and take canoes across.  There were many children at the crossing who also ran from church.  Susan paid the passage for many children so they could reach the other side on the canoe ferries.  Then they hiked to another village about 8 miles away.

People in this village helped them with food.  Susan bought some cloth for the children so they could have clean clothes.  Susan is the ZME (Zumuznta Mata Ekklesiyar, or Women’s Fellowship) Director.  The ZME has a bus, with a driver, to transport women for meetings.  Susan called the driver to come get all of them.  He came, and late the next day they all rode to Yola, a trip of about 120 miles. There were 27 in the bus, including 9 children.  These children had relatives in Yola, and it was safe in there.

When she arrived in Yola, Susan was getting multiple phone calls from people who were stranded in another village after they ran from BH.  They expained that they didn’t have transport money.  Susan would talk to the drivers and promise to pay the transport when they arrived in Yola.  Since she has been the Principal of John Guli Bible School for 17 years, and she is also the ZME Director, the drivers agreed to transport the fleeing people with her assurance of payment on their arrival.

During this time, Susan was making lots of calls.  Because Nigerians need to purchase cell phone time in advance, she had many people call her and give her the necessary security numbers to increase her calling time.  These people had already paid for the security numbers.  This effort made it possible to call the childrens’ parents, and many others who needed to be contacted. 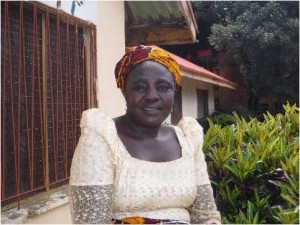 Susan stayed two days in a friend’s house in Yola where 100 others were also staying.  Her brother then invited her to stay in a house in Abuja.  That is where she went for some time.  She’s now located in Jos, where she is the Director of Women’s Ministry for EYN.  Another person has been appointed as Principal of John Guli Bible School.

Susan says she learned some things from this experience that she wants to share.

The woman who went to church and left her children at home found out that a neighbor woman rescued her children and fled to Cameroon with them.  Cameroon is the neighboring country to the east.  The children are safe.

The old woman who said the car was her home stayed in the car by the river.  The fate of the woman is not clear.

Susan’s mother-in-laws are both alive, but some local townspeople who joined BH abused them.  They came morning and evening and lashed the old women.  They gave them 20 lashes each.  The BH were actually somewhat good to them.  They came frequently to take chickens from Susan’s layers (she had 1000 layers).  Occasionally they would bring the old women some other food.

What Susan and her family lost:

One car was abandoned at the river.  It has now burned.  Another car left at home was smashed.  Her 1000 laying chickens are gone.  Her and her husband’s books were burned.  She is living in a rented home and doesn’t know whether she can go back to her home village.  Her husband is going back home soon to assess the situation.

The children are all with relatives or with their parents in a safer location.