The framework agreement reached last week between the P5+1 and Iran is a welcome sign for the future of US relations in the Middle East and nuclear weapons policy more generally. The framework agreement significantly limits Iran’s capacity to produce material for a nuclear weapon in the near future and is hopefully a building block towards more diplomacy with Iran and other important countries in the region. It took political will and courage for all sides to come together despite their differences and hammer out this framework for an agreement that will benefit all sides in different ways. We commend these diplomatic leaders for coming together and finding common ground even after many groups and actions threatened the potential for an agreement. Anytime diplomacy pushes the world towards peace we applaud these efforts, and we also hope that this agreement will lead to a more substantial conversation about nuclear weapons across the globe. 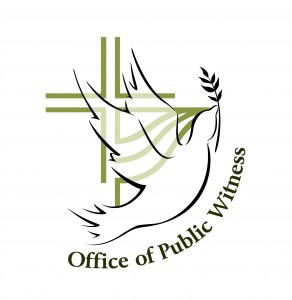 As a Church that has publicly declared and believes, “that peace is the will of God and all war is sin”, we believe that much more must be done on the issue of nuclear weapons. It is not enough to simply limit countries that do not currently have these capabilities from getting them. Rather, as the only country to have employed a nuclear weapon during war, we believe the United States has the unique burden of leading the world towards nuclear disarmament. For decades we have called for and worked towards nuclear non-proliferation and disarmament through denominational, political, ecumenical and interfaith avenues, and we hope that this recent multi-lateral agreement with Iran will be the first step in a radical rethinking of our country’s and the world’s relationship with nuclear weapons.