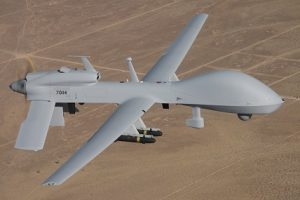 We believe that peace and security will not be found through military, economic, and political reprisal, or in the drastic curtailment of civil liberties in the United States. These avenues may satisfy the desire for retaliation and the appearance of greater security, but in the long term they can neither change the conditions that give rise to terrorist impulses nor eradicate the threat of terrorist attack. The perpetrators of acts such as these should be held accountable for their deeds. However, their apprehension and prosecution should be carried out within the rule of applicable law, without the loss of additional lives.

These were the words spoken by the General Board of the Church of the Brethren on October 22nd, 2011. I have yet to find a statement that better reflects the Christian call to nonviolence in the aftermath of the September 11th, 2001 attacks.

This year marks a number of turning points – both in the churches witness against violence, and the war on terror for the United States. This month, Christian peacemakers from around the world will gather in Kingston, Jamaica, for the International Ecumenical Peace Convocation, an event that will mark the end of the Decade to Overcome Violence – an initiative of the World Council of Churches. Coming out of this convocation will be a Just Peace Declaration – providing the church a framework for its peace witness moving forward.

This September will also mark the 10 year anniversary of the attacks of September 11th, and a decade of our country being at war. Furthermore, July of this year marks the anticipated beginning of a drawdown of troops in Afghanistan. Despite many statements on the War in Iraq, the Church of the Brethren has not made a statement on Afghanistan, or the War on Terror, since October 22nd, 2001. As we move toward all of these milestones, I want to hear from you. What word does the Church of the Brethren have to offer our country, and our brothers and sisters in Christ, regarding the War on Terror and the War in Afghanistan? What would you like to have us say?