If you haven’t read the first two posts in this series, you can find them here and here.

The final installment of this series dwells on “future,” likely the least considered time frame when thinking of black history. Afrofuturism is a term that has grown in public awareness, mostly used in arts and academic circles, and centers on this very idea.

Afrofuturism is a bit of a complex concept, but it’s explained well in an episode of This American Life. One of the hosts, Neil Drumming, says: “What I like about Afrofuturism, it just seems very—it’s like this way of talking about black people in a way that’s really hopeful.” Ira Glass follows up later, saying, “[a]nd for so long, in so many imaginings of the future, in so much science fiction, there were no black people at all—which, as Neil points out, makes no sense. He says, you can tell black people are going to make it into the future because they’ve survived so much already over the centuries.” It’s a way of thinking about the future that takes into account the lived history of black people while also being creative and positive about what’s to come.  These themes can be seen in pop culture in blockbuster movies like Black Panther and the work of musicians like Janelle Monae, whose albums often feature characters and narratives set in futuristic, spacey worlds.

This is the definition I will be using for the sake of this reflection—Afrofuturism as a hopeful, imaginative way of thinking about the future for black people. It’s an approach that is not only important for changing the way we as non-black people can think about black futures, but it also challenges us as the church to change how we think about our own future. 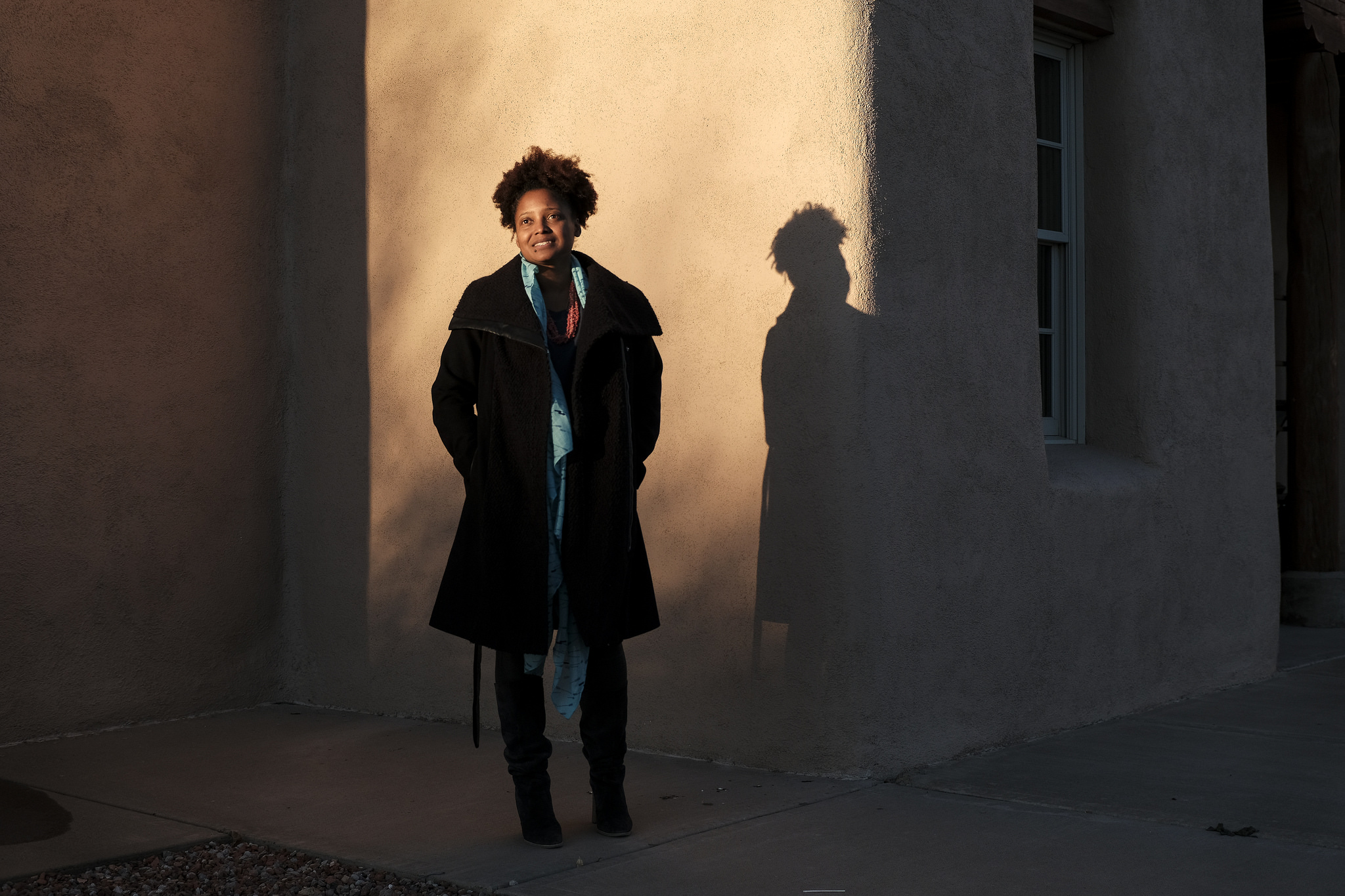 Tracy K. Smith is a poet whose work is thoroughly imbued with this imaginative, galaxy-strewn setting. Both poems I’ve included here explore human themes in universal language. In “The Universe is a House Party,” she says:

“We grind lenses to an impossible strength,

Point them toward the future, and dream of beings

At the pinprick mouths, the nubbin limbs. We’ll rise,

Seeing us, they’ll know exactly what we mean.

In this poem, she paints a future in which we are of course hospitable to aliens, to those who come from far reaches of the universe, and we are sincere in our welcome of these other beings. In describing this scene, she reveals the stark contrast to today, in which we find it difficult to welcome other humans with distinct differences from our own communities. She imagines a brilliant future in which we aren’t burdened by prejudice and hate, and it challenges us to do the work now so we can reach that starry future.

She is not deluded in this fantastical future—she tells of incredibly strong telescopes built for no other reason than a deep human curiosity of what is out there. Maybe from here, we can get to a place of equally deep hospitality.

Tracy K. Smith said at an event, “Imagining, for me, is an act that allows for a different kind of engaging with things.” As we look toward the future of the Church of the Brethren, we must accept the challenge to engage with issues differently, creatively, and imaginatively.

Smith said in an interview about one of the poems in her book, Life on Mars, “Part of what I’ve been trying to ask myself to do is think, OK, we belong to the history of the centuries that we span, but we’re also part of something enormous. What if we think about our actions as having some bearing upon the history of eternity? What would we change if those were the stakes that we were cognizant of?”

This is the way the church needs to think about our future. We need to be cognizant of the stakes—if there’s anything that our faith tells us, is that our actions have bearing on the history of eternity. We need to take our commitment to racial justice, to true hospitality, to telling black stories, to lamenting our broken past, very seriously, because there are high stakes.

Clint Smith’s poem, “what the cathedral said to the black boy,” stands as a goal for the church in the future. The cathedral that he describes is, unfortunately, not what our church has always been for people of color. We want to be a refuge, but we must recognize the ways we have at times caused pain instead. His words should be a call to action for us all: “ain’t we all just trying to be / some type of sanctuary for someone? for every year we are not destroyed / do they not remind us what a miracle / it is to have lasted this long?” As the church, it should be our primary goal to be “some type of sanctuary” for populations that have long been targeted and oppressed.

What are our congregations not saying to the black boy, and how can we better say to them:

it’s okay to want to be held” 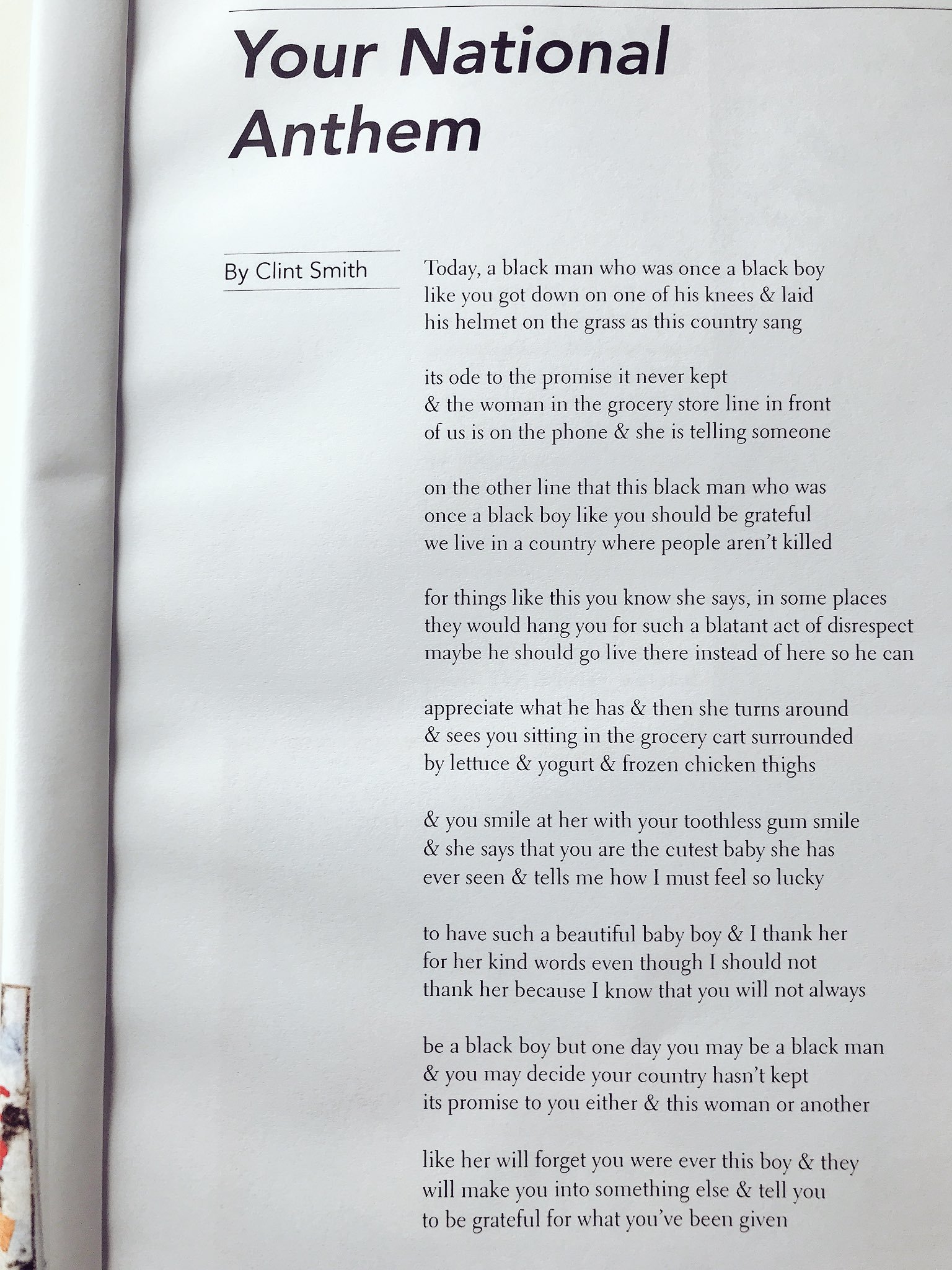