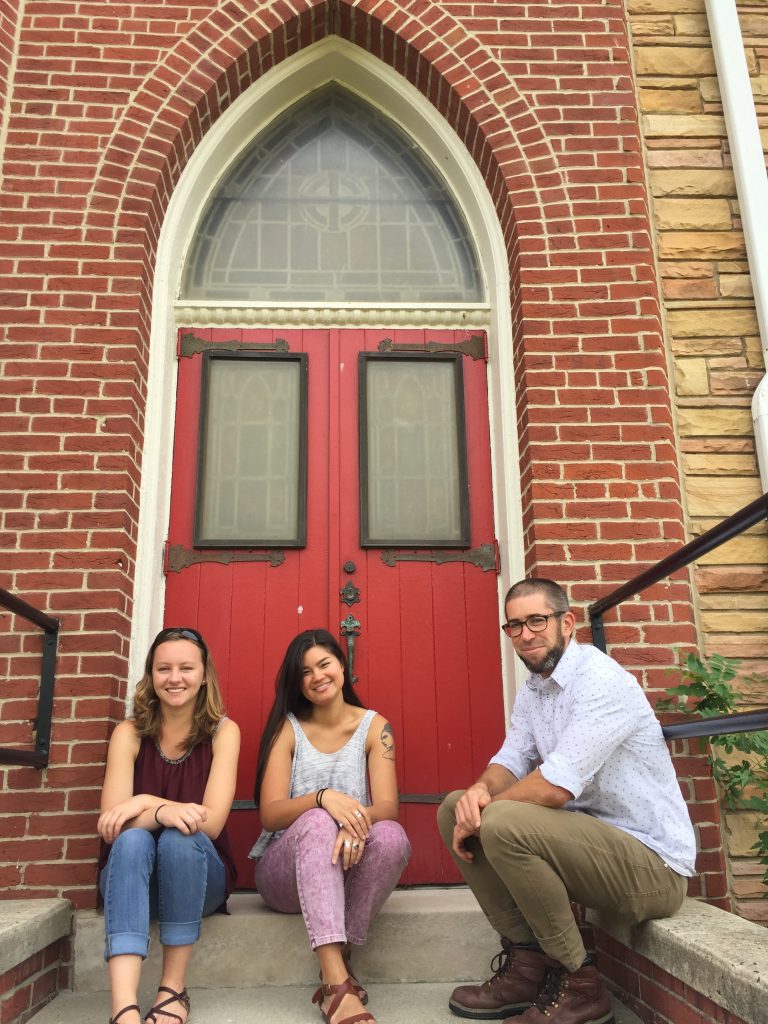 “If anyone has material possessions and sees a brother or sister in need but has no pity on them, how can the love of God be in that person? Dear children, let us not love with words or speech but with actions and in truth. “ — I John 3:17

In 2007, the Church of the Brethren Annual Conference adopted the Separate No More statement, which challenges the church to intentionally move toward being more intercultural and ethnically diverse.

In 1994, Annual Conference adopted the statement Community: A Tribe of Many Feathers, which sought to show support for Native Americans and reckon with the role the Brethren have as a part of the colonizing power in America.

In 1991, Annual Conference received a report on Brethren and Black Americans, which carefully examines how Brethren have engaged, or not engaged, with Black Americans and how we will seek to address systemic racism in our denomination and our society.

Back during the Civil War, Brethren grappled with their relationship with this oppressed “other,” asserting that “it would be best for a follower of Jesus Christ to have nothing at all to do with slavery,” a very controversial topic in the church at the time.

While it’s clear the Brethren have long been considering these issues, adopting a number of statements discussing racial discrimination and our relationships with minority groups, these statements have yet to be fully realized. In order to pursue the goals of these statements more intentionally, the Office of Peacebuilding and Policy created a new Brethren Volunteer Service (BVS) position dedicated to the topic of racial justice and reconciliation as it applies internally to our denomination and outwardly to our society.

I’ve just finished up my three weeks at BVS orientation and am excited to delve into all the work this new position requires—working alongside minority communities in food deserts through Going to the Garden, teaming up with the interfaith community in criminal and racial justice working groups, leading visits and workshops for Brethren groups in D.C., and everything in between. The Church of the Brethren has a long history of standing up for justice, peace, fairness, and mercy, and this is no time to slow down.

In his book Just Mercy, Bryan Stevenson, a lawyer advocating on behalf of those sentenced to death row, says:

“I’ve come to believe that the true measure of our commitment to justice, the character of our society, our commitment to the rule of law, fairness, and equality cannot be measured by how we treat the rich, the powerful, the privileged, and the respected among us. The true measure of our character is how we treat the poor, the disfavored, the accused, the incarcerated, and the condemned.”

Our nation’s complicated history with race is often tied up in how we decide who is poor, who is disfavored, or who is accused. Through Christ, “who has made the two groups one and has destroyed the barrier, the dividing wall of hostility” (Ephesians 2:14), we can seek God’s justice to help break down those barriers. The beginning of this new position on racial justice stands as an open call for church members or youth interested in racial justice-oriented tours of the D.C. area, workshops, or museum visits to contact our office.

Sometimes, it is easier to look across the globe at people being oppressed than it is to look within our own communities and neighborhoods, our own states and districts, and open our eyes to the people suffering right beside us. This position is one step toward seeing our brother or sister in need and witnessing racial discrimination, and then seeking righteousness with actions and in truth. I hope that you will join hands with me for the difficult work ahead.

Monica McFadden is the new Racial Justice Associate at the Office of Peacebuilding and Policy. She graduated from the University of Denver in June with a B.A. in Political Science and Art History. Contact her at mmcfadden@brethren.org.