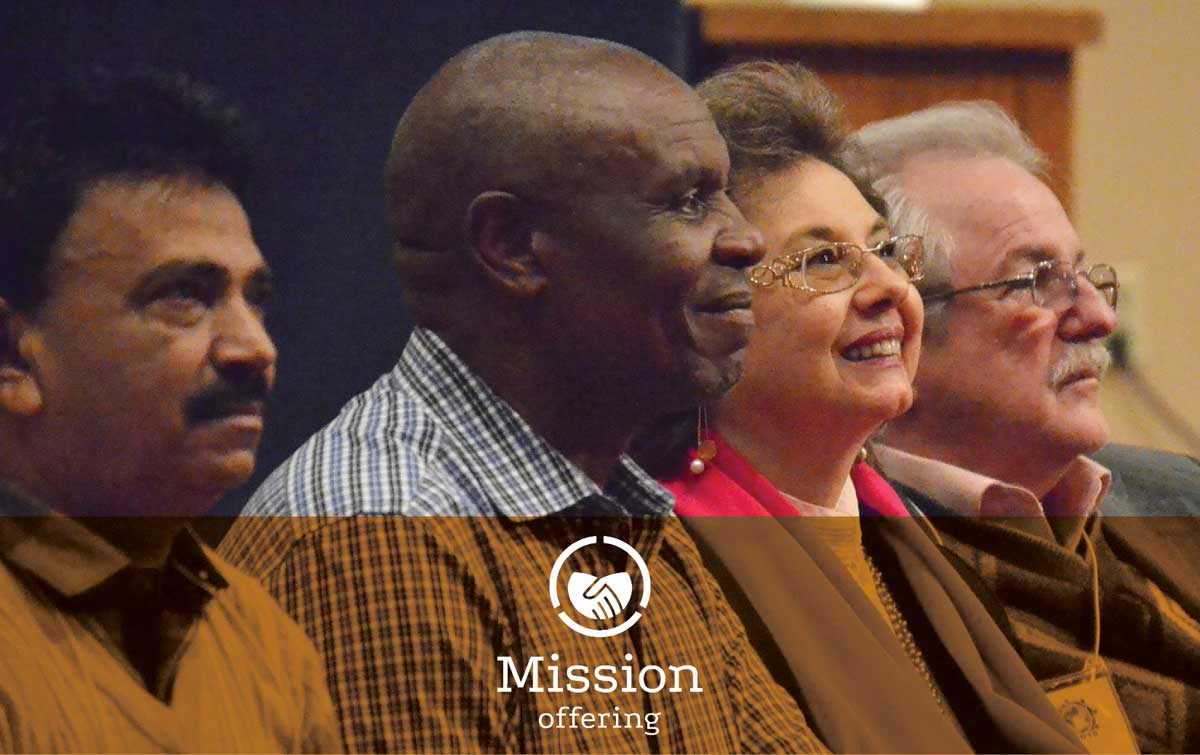 Learn more about the 2018 Mission Offering at www.brethren.org/missionoffering

A scriptural exegesis written by Joshua Brockway, director of Spiritual Life and Discipleship, for the 2018 Mission Offering.

“Let us then pursue what makes for peace and for mutual upbuilding” (Romans 14:19).

The early Brethren were part of the Pietist movement within the German Reformed church of their time. Pietists were those folks who sought to live what the Bible said. Those around them, also part of the church, did not use the name “Pietist” in a nice way. It was a slur. Today it would be like calling someone “holier than thou.”

It may be hard for us to think of piety as something negative. And though the word is not used as much as it was in the 18th century, the idea remains embedded within our tradition. We strive to live lives according to the Scriptures. As one Annual Conference theme reminded us, we “take Jesus seriously.” Yet, we should remember that what is pious to us may be legalistic to others.

That was Paul’s concern as he wrote these chapters in Romans. It appears that the Christians in Rome did not get along very well. As the capital city of the empire, it was home to people from all over. Some were Roman, either by birth or by citizenship, and had adopted the customs and practices of “good” Roman people. Historians now call these people Hellenists. They spoke Latin or Greek, or both, and saw the world through the prism of the great civilizations of Greece and Rome. There were also Hebrew people in the capital city. Though they were far from the worship practices of the temple in Jerusalem, they practiced their faith and culture with conviction. These diaspora people, or those scattered from their homeland, saw their religious customs as key to their identity, just as the Romans did their own culture.

For the early Christian community of Rome, these two cultural systems seem to have been a significant source of conflict. Much of Paul’s letter deals specifically with the conflict of law, religion, and culture that quickly emerged between Hellenist and Hebrew followers of Jesus. This letter, one that scholars and theologians call his most eloquent and succinct articulation of the gospel, was written to bring these to cultural groups together.

Food customs provided one of the sources of contention. Hebrew religious practice certainly dictated what food could and could not be eaten. And surely for the Hellenists, those customs were odd and parochial. Food valued by the Hellenists, even delicacies, were not within Hebrew kosher practice. Such a conflict might seem minimal to our modern sensibilities, but for the early church, eating together was a significant part of their life. Paul focused on this conflict because it was doing exactly the opposite of what shared meals in the church meant. Instead of bringing the people together, it was dividing them.

Ever the reconciler, Paul chastised the Roman Christians without naming fault. Instead, he revealed how any kind of piety practiced without faith and concern for others in the community, was not just divisive, it was sin. He did not call into question the sincerity of their customs, but instead highlighted how the practices of their piety were more about pride than they were about faith. Here, the words of Jesus in the Sermon on the Mount echo just beneath the page: “Beware of practicing your piety before others in order to be seen by them; for then you have no reward from your Father in heaven” (Matthew 6:1, NRSV).

Paul’s critique, however, came with an instruction. “Let us then pursue what makes for peace and for mutual edification” (Romans 14:19, NRSV). We might be tempted to emphasize Paul’s exhortation to peace in the church, but that would miss the qualifying clause at the end. Peace is not the end, in and of itself. Rather, the peace within the church is so that all believers might be edified and grow in their faith. Setting aside religious practices is not a decision to be made lightly. Rather, Paul’s admonition was for the church to emphasize two things—their shared faith in Christ and their need to build each other up in the faith. If the pious practices were sowing discord, they were also undermining the each one’s discipleship to Jesus.

For us good Pietists, Paul’s words to the Roman church are a clear challenge. While we deeply value the practices of our faith we must continue to examine our motivations and the impact on fellow believers. Peace, in this regard, is a characteristic of our community and our practices. When our practices sow discord and conflict, Paul warns us, we are not true Pietists. May our practices and changes of practice, both rooted in our faith, lead us to be United: Pursuing peace together.