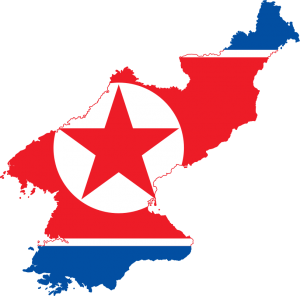 North Korea has been in the news over the past few weeks as tense rhetoric between the U.S. and the North Korean government escalates. North Korea continues to build its nuclear arsenal and test long-range missiles- even going as far as to fire a missile over the nation of Japan, and claiming to have successfully tested a hydrogen bomb this past week. President Trump threatened “fire and fury” in a speech on the conflict, and U.S. policy towards potential military action on the peninsula continues to be unclear to both citizens and our international allies.

If military conflict does break out on the Korean peninsula, there will be massive loss of human life. Even former presidential advisor Steve Bannon admitted as much, saying recently, “There’s no military solution, forget it. Until somebody solves the part of the equation that shows me that 10 million people in Seoul don’t die in the first 30 minutes from conventional weapons, I don’t know what you’re talking about, there’s no military solution here.”

In addition to the people of South Korea, there are over 25 million people in North Korea who would be impacted by military action- not to mention the 28,000 American soldiers stationed on the peninsula.

The Church of the Brethren has consistently called for peace and nonviolence in the Korean peninsula. The Church was a signatory on the 2013 World Council of Churches “Statement on Peace and Reunification of the Korean Peninsula,” which called “upon the churches of the world, and upon those holding social, economic, political, and governmental power, to pursue a lasting and sustainable peace with justice that will reunify and reconcile the people of Korea.”

In 1996, the Church released its “Statement on Nonviolence and Humanitarian Intervention,” which said that “in bringing the Good News to the poor and afflicted through serving their needs and unequivocally opposing all forms of military combat, we demonstrate that the world’s priorities still reflect too much faith in military power to solve problems and too little faith in the power of love to transform social, political, economic, and environmental threats into opportunities for cooperation and human community.”

We continue to support this approach, and believe that the current tense rhetoric is incredibly detrimental to the peace process. As we work towards human rights, nuclear disarmament, and international peace, we need national governments to speak with clarity, sincerity, and peaceful intentions. The United States, as a global leader, has the power to reframe conflict narratives by swallowing its pride and making the first moves towards peace. As John Delury wrote in a recent Foreign Affairs article, “Incessant talk of war only serves to reinforce North Korea’s worst narrative about America’s implacable hostility.” We encourage the U.S. national leadership to consider how they can actively work towards de-escalation and the normalization of relations with North Korea.

The Church of the Brethren Office of Public Witness will continue to monitor the situation in North Korea, and we will seek to advocate for a peaceful resolution to the tensions that have plagued the U.S. – North Korea relationship for far too long.

2 thoughts on “Update on North Korea”