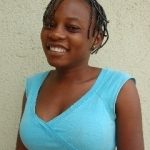 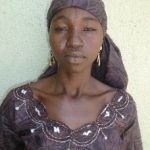 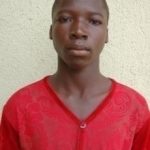 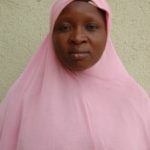 These stories were provided by Center for Caring Empowerment and Peace Initiative (CCEPI), a non-profit organization run by Dr. Rebecca Dali. Her organization operates 3 Skills Acquisition Centers in Northeast Nigeria. These centers have been a wonderful way to begin rebuilding lives.

Ladi – When Michika was invaded by Boko Haram militants, I and  my entire family ran to the mountain to hide. We were there on the mountain for several days before even the mountain became insecure because the Boko Haram Militants were coming up and hunting for our men. After some days, we decided to leave the mountain and head for Dlaka village. It was on our way to Dlaka that we fell into the hands of the enemies we so much dreaded. They instantly seized my husband and other men who were in the group. They gave my husband and the other men a choice to either renounce Christianity and convert to Islam, or face death. My husband and the other men refused and so they paid with their lives. We spent many months moving from one place to the other in search of food, shelter and security. Finally we returned to Michika when everything had died down. That was when we started another life all together.

Monday – The past few years of my life have been very uneasy for me as a teenager. I lost my father as a result of the Boko Haram insurgency in Michika. I was 13 years old when all of this happened. I have also tasted hardship even at that very tender age, during the course of our plight trying to escape the Boko Haram militants. I tasted hunger, sickness, cold and saw some of the most horrific sights ever in my entire life. The experiences of my past are things I don’t ever want to experience ever again in my life. I am 17 years old now and I am learning to forsake my past and move on with my life. I appreciate the opportunity given to me by CCEPI to acquire skills so that I can have a better future.

Awa – I am a double orphan, having first lost my mother long before the Boko Haram Insurgency; and my father who was killed by the advancing Boko Haram insurgents. When the Boko Haram started approaching Michika, I and other people fled to Kwapale and settled there. While we were there, there was so much hardship and I barely ate more than once in a day. As a result, I started prostituting around with soldiers who offered me money and slept with me. That was how I was able to manage my life for a very long time. One day, a certain woman approached me and admonished me concerning my way of life. The woman encouraged me to abandon prostitution and find a legitimate way of earning a living. I felt encouraged because the woman understood my situation and did not judge me, rather she gave me a listening ear and showed me that there was hope.  One day, while in church I heard the advertisement about CCEPI and what it does. I developed interest and applied into the sewing department. While attending my classes and also selling Kunu (Gruel), I got into a relationship and eventually got married. Today, I am a committed student of the sewing department of CCEPI’s livelihood centre in Michika. I have learnt a lot and still learning. CCEPI has helped me to find a new meaning for my life. I am happily married and also involved in petty trading. I have moved on from my past and now believe that there is hope for the future. To God be the Glory.

Fadi – I am a widow and a mother of 7. My husband was killed on the 26th day of February, 2014 by Boko Haram militants who invaded Michika and shattered our lives and livelihood. The death of my husband meant I had to take care of our 7 children all by myself. It has not been easy for me but I have been trying my best with God’s help. I am now a student in CCEPI’s livelihood centre Michika, where I am acquiring new skills and learning to live again. I have come to learn that everything happens for a reason and I have decided to concentrate on raising my children, rather than entertaining regrets and bitterness for the past.