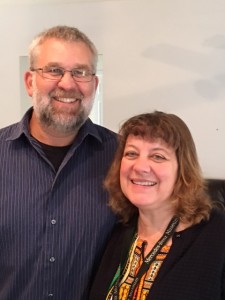 By Deb Ziegler                                            While interviewing a family at Masaka, an internally displaced persons care center in Nigeria, I learned about the needs of one father.  I asked him what his needs are.  He said he would like his children to go to school and he needs a job.  I asked what he did for a job before and he said he grew onions and sold them.  Now my face and my heart demonstrated compassion as I processed this information.  But my mind was thinking:  I saw many people selling onions along the road, who would buy your onions?  Everyone around you is in crisis, who has money to buy your onions?  These were my thoughts at the           moment.

I also learned about the people returning to their homes in the northeast.  They needed to plant their gardens kilometers  away from the village for the safety of the village.  The military could not protect them if the corn fields are close to the houses, because they can not see the enemy approaching.  I grow all my own vegetables for the year in my garden. This summer as  I worked each morning weeding and harvesting, often in the  company of my neighbor, I prayed for my Nigerian brothers and sisters.  I was thankful for peacefulness of my garden, listening to birds singing and often watching the sun rise.  Thankful I did not have to look over my shoulder to see if I was safe.   And each week as I heard of people in Nigeria being slaughtered as they tended their garden,  I was brought to tears. Random weekly attacks, stealing produce, burning crops as I peacefully filled my pantry for the coming winter. 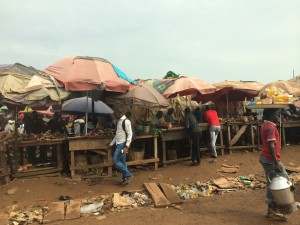 A market scene in Nigeria where onions could be sold.