Joshua – On the run from Kulp Bible College late October

Our newest Nigerian correspondent, Joshua Ishaya, is a fourth year student at Kulp Bible College. Like many others who lived in Nigeria’s northeast he is living as a displaced person. When my wife and I went and visited Nigeria in November, Joshua looked much thinner than the last time we had seen him. His eyes lacked the spark we had come to know from him. We tried to encourage him and spend some quality time with him. Now, just three months later when we returned to Nigeria, Joshua had regained his healthy glow and seemed to have made a considerable adjustment to his circumstances. 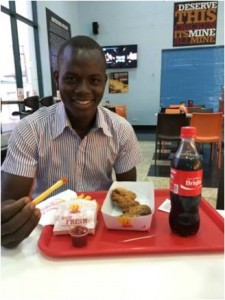 Joshua is now living with the family of his older sister in Kano. But like many displaced people, he was idle. So, to give him something worthwhile to do we asked him if he could interview some other displaced people and write up some short stories about his fellow countrymen and women. Here are stories of people he encountered in Kano 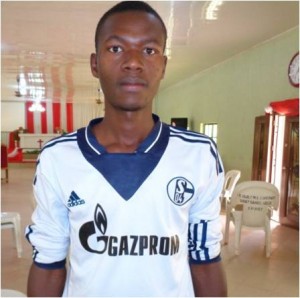 Felix ran all the way from Mubi to Cameroon on foot. It took him 3 days and nights. He was a student of Federal Polytechnic School in Mubi. He is Fali by tribe. After the 3 days journey, he had a very tough time finding food, accommodations, health care, and clothing. He stayed in Cameroon for 1 week. That week was one of the worst weeks of his life. He said, “I decided to die rather than to go through all those tribulations.” He then decided to turn back to Nigeria. He spent another 4 days and 3 nights this time before he could get to Yola. He arrived in Yola with only one set of clothes and some people helped him with clean clothes and food to eat. He was in Yola for another 48hrs until his brother in Kano sent transportation money for him to travel to Kano where he is now living. 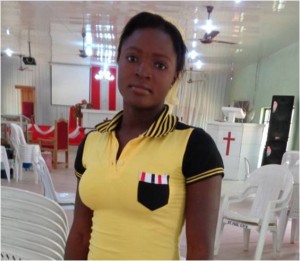 Esther was living in Dille when the Boko Haram attacked the town. She was down ill and could not run with the others. This resulted in a flying bullet hitting her right hand. At first she did not know she had been injured but when she found herself in the neighboring village called Lassa, people asked her, “What happened with your hand?” Then she started feeling the pain and suddenly started crying. Some of God’s willing people helped her by taking her to the hospital where she got treatment. From Lassa hospital she fled to Mubi then to Yola and Bauchi before she got help and has found a place to stay in Kano. 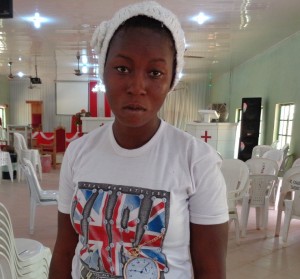 Mercy was studying at a college of business in Kunduga a town about 35 kilometer from Maiduguri. The BH attacked this town and she was wounded while she tried to escape. She spent a month and 3 days at hospital. After the doctor discharged her she went to her home town of Chibok. However, they (BH) attacked Chibok again and she barely escaped  to Maiduguri. There was no one in Maiduguri who could offer her help so now she is in Kano with a sister.
Mercy’s sister is married to a Nigerian soldier who is also from the Northeast. They are responsible for many of his sisters and brothers and have 10 people living with them. Life is not easy; feeding, clothing and educating all these people is a huge problem on their modest income.

2 thoughts on “Tales of Escape”