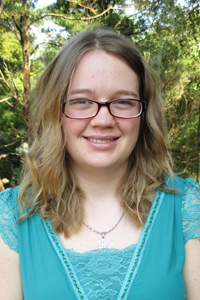 I will begin as most stories do, unless you’re Kurt Vonnegut, at the beginning. BVS began following World War II as an alternative to military action. It’s been ongoing ever since and has become a big thing in my church denomination, the Church of the Brethren. Basically, it is a smaller version of all of those organizations like the Peace Corps.

My BVS experience had a rocky start. My body reacted adversely to the anxious jitters and plane ride movement. I was greeted by people as nervous as I was about meeting them. It was awkward, as all first meetings go; one guy thought I was from Ohio instead of Iowa, a common mistake that happens a lot more than you think it would. Fortunately for our group, we were small and quickly grew used to each other in a way that made getting to know each other very easy.

I learned a lot from orientation as a whole. Most of our learning took place in the sessions that we participated in. I couldn’t tell you what each one was about but the overlying theme was developing people who could hold up and utilize their skills in their placements. The first week’s sessions tackled shopping and cooking on an extreme budget (basically poverty), conflict and finding the project placement that best suits you. One of the guest speakers who came during this week sold the project and location so well that I ended up there.

In between sessions, we had a lot of free time to do as we pleased, and at Camp Ithiel, in Gotha, Florida, there was plenty to do. I still can’t get over the fact that I played sand volleyball in the middle of February.

A lot of the free time in the first week was spent on creating our faith journeys on paper. This was a neat experience to both interact with the people in our group and reflect on yourself. Mine looked nice at the end but only because the one medium of visual art that I actually was good at and knew what to do with was available to me, smudge chalk. Drawing frustrates me. Mine turned a bit dark but that’s what my faith journey consists of and it’s made me who I am.

The sessions taught us about work styles and conflict resolution while the free time and devotion taught us about our fellow BVS’ers and the inner workings of a changing and growing self.

Three weeks isn’t a long time but in that kind of setting you get to know the people around you quickly and deeply. There are things that these people know that friends that I’ve had for a while don’t. I don’t get self-conscious about singing in front of them or sharing the stuff that I wrote with them. Jacob and I spotted two dolphins when we went to the ocean and ran after them on the shore without a care that we might look silly (it was amazing!). We did hymn singing twice during the three weeks and had a foot washing for the commissioning service and I participated in both without being ashamed and it was freeing. I trust BVS Unit #304 completely.

There is so much that I learned and experienced during BVS orientation, more than I can or dare say; wouldn’t want you getting bored. As a group, we learned how to create our own fun. I learned how to lose at a game I love (Settlers of Catan) graciously and that faith is a practice, not something you can preach at people without the discipline and understanding that it requires. Walking through Apopka, Florida, looking to help, I learned the capacity I have for patience, how fortuitous timing a thief had to dress in purple the same day as our group did and how to talk to the cops in that kind of a situation. I learned that it’s okay to be goofy and silly and that judgement is not as bad as you think it is. It was three weeks of self-discovery mixed in between sessions about peace and workdays and I left it as prepared as I could be for Cincinnati, Ohio, probably the farthest place from a country farm in Iowa that I could get.